Date:
01.12.2002
Six balance based force feedback interfaces let you fall into the universe. 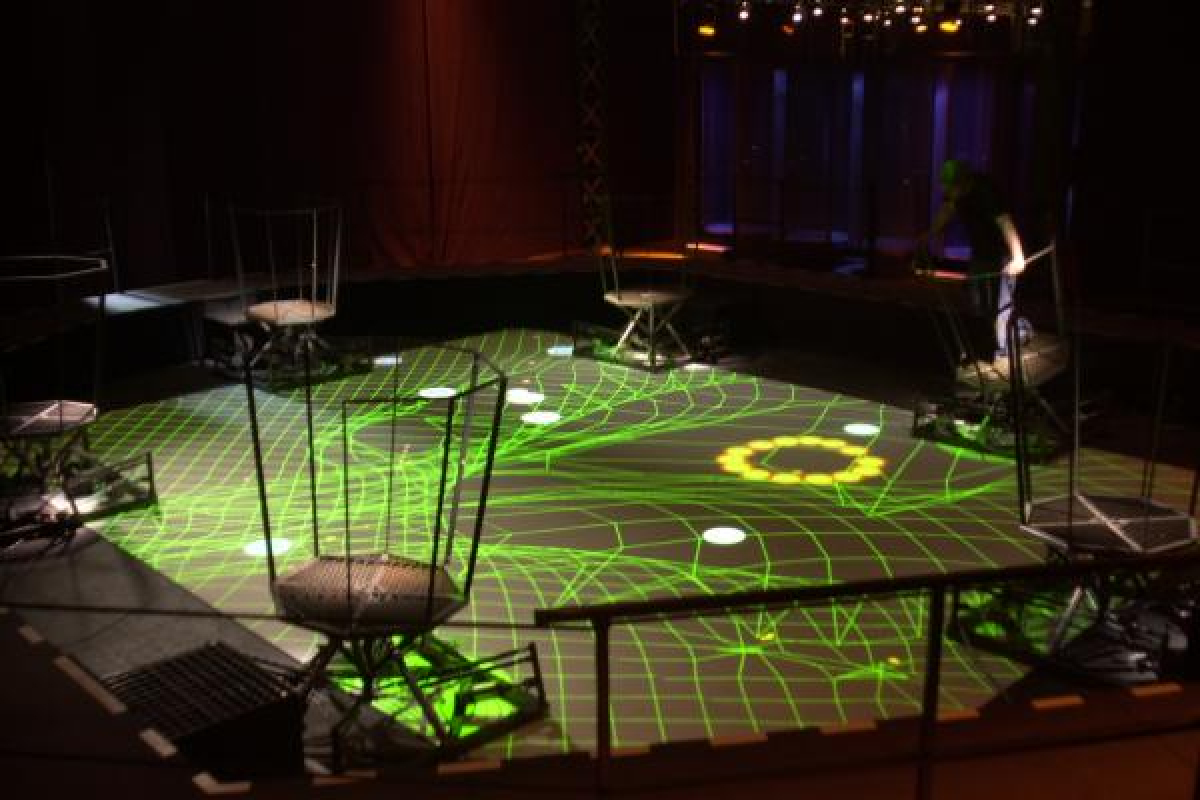 A circular or oval area, minimum 5m in the diameter, accessible over six different inlets; a floor projection, bordered with a loudspeaker system and six accessible input devices build the game scenario of Gravitron.

Time shifting waves, planets, asteroids, brown dwarfs, black & red holes are in your playground while the universe changes over time.

The input devices are equipped with an accessible surface (control platform), which can be tilted in any direction by the displacement of the body-weight of the user. They serve as an interface to the floor projected net-like space that fills the game area.

Besides functions of input into the game, the devices are created to receive forces based on the virtual application and transmit them "onto" the user: Force feedback is achieved via the integration of pneumatic activators. The devices, reacting upon the waves in the net-projection, are haptic, body scale and completely physical.

Speculating over our Horizons

Twelve hours can change a lot…

Why „Futuring“ is a good thing to do

END_OF_DOCUMENT_TOKEN_TO_BE_REPLACED

What if: Quality of Life was a decision point.