Linz, AT and the web 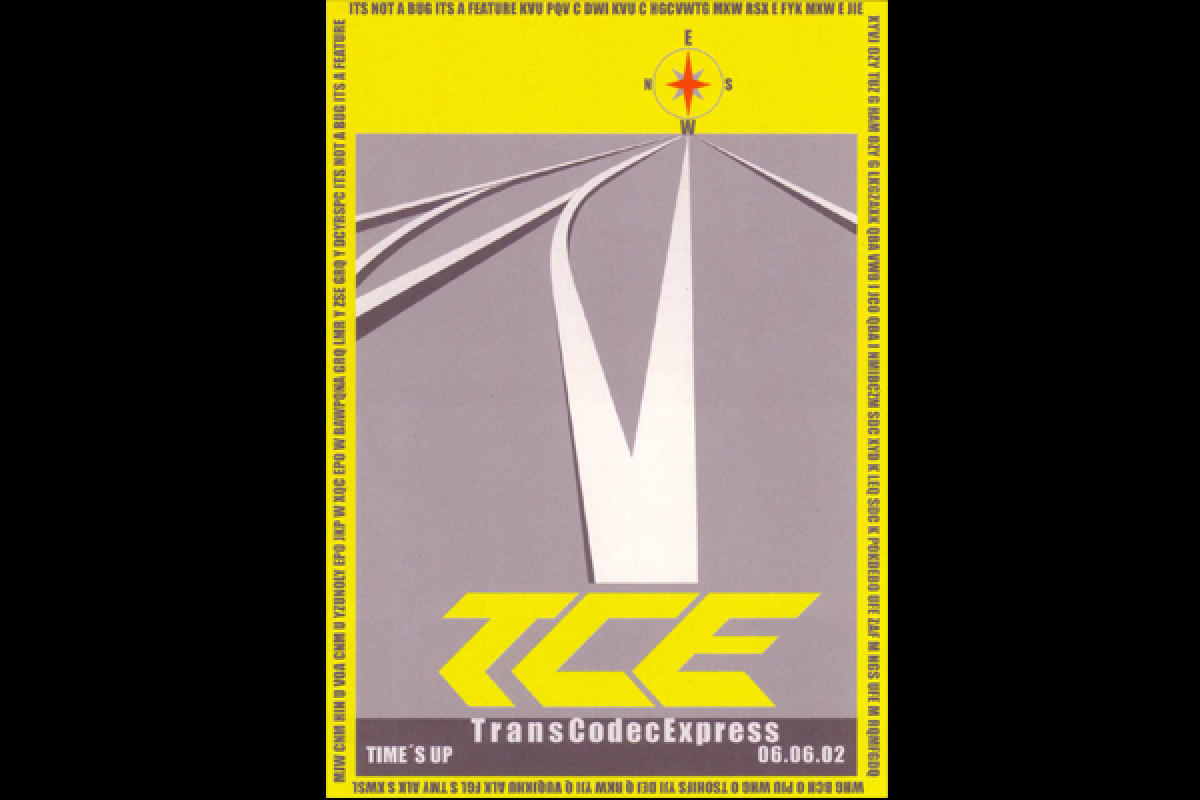 TransCodecExpress is a two day event for public experiments with streaming and other network based communication, collaborations and manipulation techniques. An invitation to an audiovisual composition night in the net. The shortest way to connect East-West is the net. Comprehension problems and transmission errors are here, as elsewhere, pre-ordained. We use these “er rors” as the starting point for TransCodecExpress. The transnationally exchanged data are taken and expanded with audio and visual information and placed in the physical space of the venue - the visitors in the O.K Mediendeck will not be confronted with small screens, rather thay will duck behind the screen to be in the virtual performance space reflected in the physical space. The evening focusses upon the interplay of the physical and the virtual. The general structure of the first evening was a series of small or not so small public experiments taking place in the surround-sound and visually immersive space of the MediaDeck at the OK - Center for Contemporary Art /Linz. Parallel to, and intermingled with these, there will be a Transient net.loop taking place.
Partners:
Jesse Gilbert, FoAM, Joreg, XDV, The Tapegerm Collective, Ivan Pope, August Black, Stijn Slabbinck, Roman Ganhör, Alex Davies, Kato Sawako, Tina Auer, Tim Boykett
Related publications:
TransCodecExpress - Newsletter
Tags
collaboration | online-collaboration | Closing The Loop | show | party | music